Poetic Forms: Waka
Welcome to the second Instalment of our FEATURE "POETIC FORMS", to get inspired and know the world of different forms of poetry and I am Shashi your host. Every month on the 3rd Wednesday, I will try to give you info about some forms of poetry which has attracted me and inspired me... over the years. .....
This post will also have some interesting example's to inspire you to write some poetry in the form.... so here we are with another ancient Form of Japanese poetry that is the root of Haiku that we had discussed last time… Hope this inspires you to write Waka instead of letters to express your love…
How to Submit My Poetry?
Add your entry via InLinkz below by clicking on the blue button, and leave a comment in case it is your first time! It would be great if you could link back to us on your blog.
Monthly Poetic Form starts on 3rd Wednesday every month, 1:30pm (CDT), and will stay open  for two full weeks, enough time  for you to share your poetry with us...
Now without any further delay... here is this month's POETIC FORM "WAKA" for you to think within 5-7-5-7-7 syllables and let your love know, how much you love…
Waka (poetry)
Waka (literally "Japanese poem") or Yamato uta is a genre of classical Japanese verse and one of the major genres of Japanese literature. The term was coined during the Heian period, and was used to distinguish Japanese-language poetry from kanshi (poetry written in Chinese by Japanese poets), and later from renga.
The term waka originally encompassed a number of differing forms, principally tanka ("short poem") and chōka ("long poem"), but also including bussokusekika, sedōka ("memorized [head repeated] poem") and katauta ("poem fragment"). These last three forms, however, fell into disuse at the beginning of the Heian period, and chōka vanished soon afterwards. Thus, the term waka came in time to refer only to tanka.
Japanese poet and critic Masaoka Shiki created the term tanka in the early twentieth century for his statement that waka should be renewed and modernized. Until then, poems of this nature had been referred to as waka or simply uta ("song, poem"). Haiku is also a term of his invention, used for his revision of standalone hokku, with the same idea.
Traditionally waka in general has had no concept of rhyme (indeed, certain arrangements of rhymes, even accidental, were considered dire faults in a poem), or even of line. Instead of lines, waka has the unit and the phrase. (Units or phrases are often turned into lines when poetry is translated or transliterated into Western languages, however.)
Poetic culture
In ancient times, it was a custom between two writers to exchange waka instead of letters in prose. In particular, it was common between lovers. Reflecting this custom, five of the twenty volumes of the Kokin Wakashū gathered waka for love. In the Heian period the lovers would exchange waka in the morning when lovers met at the woman's home. The exchanged waka were called Kinuginu, because it was thought the man wanted to stay with his lover and when the sun rose he had almost no time to put on his clothes on which he had lain instead of a mattress (it being the custom in those days). Works of this period, The Pillow Book and The Tale of Genji provide us with such examples in the life of aristocrats. Murasaki Shikibu uses 795 waka in her The Tale of Genji as waka her characters made in the story. Some of these are her own, although most are taken from existing sources. Shortly, making and reciting waka became a part of aristocratic culture. They recited a part of appropriate waka freely to imply something on an occasion.
Much like with tea, there were a number of rituals and events surrounding the composition, presentation, and judgment of waka. There were two types of waka party that produced occasional poetry: Utakai and Utaawase. Utakai was a party in which all participants wrote a waka and recited them. Utaawase was a contest in two teams. Themes were determined and a chosen poet from each team wrote a waka for a given theme. The judge appointed a winner for each theme and gave points to the winning team. The team which received the largest sum was the winner. The first recorded Utaawase was held in around 885. At first, Utaawase was playful and mere entertainment, but as the poetic tradition deepened and grew, it turned into a serious aesthetic contest, with considerably more formality.
Forms of waka
Chōka
Chōka consists of 5-7 Japanese sound units phrases repeated at least twice, and concludes with a 5-7-7 ending.
The briefest chōka documented was made by Yamanoue no Okura in the Nara period, and goes:
Tanka

Tanka consists of five units (often treated as separate lines when Romanized or translated) usually with the following pattern of onji: 5-7-5-7-7.
The 5-7-5 is called the kami-no-ku ("upper phrase"), and the 7-7 is called the shimo-no-ku ("lower phrase"). Tanka is a much older form of Japanese poetry than haiku. The chōka above is followed by an envoi, also written by Okura:
[English translation by Edwin Cranston]
Even in the late Asuka period, waka poets such as Kakinomoto no Hitomaro made tanka as an independent work. It was suitable to express their private interest in life and expression, in comparison with chōka, which was solemn enough to express serious and deep emotion when facing a significant event.
In the early Heian period (at the beginning of the 10th century), chōka was seldom written and tanka became the main form of waka. Since then, the generic term waka came to be almost synonymous with tanka. The Heian period also saw the invention of a new tanka-based game: one poet recited or created half of a tanka, and the other finished it off. This sequential, collaborative tanka was called renga ("linked poem").
Various forms of wordplay were commonly employed in tanka, including standardized descriptive words called makurakotoba, puns that functioned to unite two different images called kakekotoba, andkutsukaburi (沓冠?) in which the beginning and ending syllables of a poem spelled out a significant word.
Other forms
There are still other forms of waka. In ancient times its moraic form was not fixed – it could vary from the standard 5 and 7 to also 3, 4, 6, longer than 7 morae part in a waka. Besides that, there were many other forms like Bussokusekika, Sedōka, Katauta etc.
History
Waka has a long history, first recorded in the early 8th century in the Kojiki and Man'yōshū. Under influence from other genres such as kanshi, Chinese poetry, novels and stories such as Tale of Genji and even Western poetry, it has developed gradually, broadening its repertoire of expression and topics.
Ancient
The earliest waka recorded in the Kojiki and Nihon Shoki, were not divided into subcategories of strict forms. Nor did the waka in the Man'yōshū have fixed forms, but poets in the late 7th century, in the time of Empress Saimei began to create chōka and tanka in the forms extant today.
The most ancient waka were recorded in the 20 volumes of the Man'yōshū, the oldest surviving waka anthology in Japan. The editor is anonymous, but it is believed that the final editor of the Man'yōshūwas Ōtomo no Yakamochi. He was a waka poet who belonged to the youngest generation represented in the anthology; indeed, the last volume is dominated by his poems. The first waka of volume 1 was by Emperor Ōjin. Nukata no Ōkimi, Kakinomoto no Hitomaro, Yamabe no Akahito, Yamanoue no Okura, Ōtomo no Tabito and his son Yakamochi were the greatest poets in this anthology. TheMan'yōshū recorded not only the works of those royal and noble men, but also works of women and commoners whose names were not recorded. The main topics of the Man'yōshū were love, sadness (especially on the occasion of someone's death), and other miscellaneous topics.
Modern
The modern revival of tanka began with several poets who began to publish literary magazines, gathering their friends and disciples as contributors. Yosano Tekkan and the poets that were associated with his Myōjō magazine were one example, but that magazine was fairly short-lived. A young high school student, Otori You, later known as Akiko Yosano, and Ishikawa Takuboku contributed toMyōjō. In 1980, the New York Times published a representative work:
On the white sand
Of the beach of a small isle
In the Eastern Sea
I, my face streaked with tears,
Am playing with a crab
– Ishikawa Takuboku
Masaoka Shiki's poems and writing (as well as the work of his friends and disciples) have had a more lasting influence. The magazine Hototogisu, which he founded, still publishes. He is sometimes called the Father of Modern Tanka. He coined the term tanka as a replacement for waka.
After World War II, waka began to be considered out-of-date, but since the late 1980s has revived under the example of contemporary poets, such as Tawara Machi. With her 1987 bestselling collection Salad Anniversary, the poet has been credited with revitalizing the tanka for modern Japanese audiences; the book's popularity soared to such a level that she became a national celebrity and was responsible for a surge of average citizens writing tanka.
Only recently have there been journals devoted exclusively to tanka, including American Tanka (1996) in the United States, edited by Laura Maffei and Tangled Hair in Britain, edited by John Barlow. The first English-language tanka journal, Five Lines Down, began in 1994, edited by Sanford Goldstein and Kenneth Tanemura, but lasted only a few issues. The Tanka Society of America was founded by Michael Dylan Welch in April 2000. This society now publishes the tanka journal Ribbons. Tanka Canada also publishes a journal titled Gusts, and the Anglo-Japanese Tanka Society (UK) hosts a web site with tanka and articles.
Tanka publication expanded through the 1990s with the establishment of additional journals, online forums, and contests such as the Tanka Splendor Awards, but broadened in the early 21st century with the establishment of several tanka organizations working in English, and a proliferation of international sources. Various special-interest tanka groups have also sprouted, such as "Mountain Home," named for the English translation of the title of the famous collection of Saigyo's waka, the Sanka Shu ("Mountain Home Collection").....
____________
Text and Images from Wikipedia (If not mentioned)
Please click here to read more about the Waka at WikiPedia  ...
I look forward to read your poetry ... in weeks to come.
Shashi
ॐ नमः शिवाय
Om Namah Shivaya

Welcome to The Purple Treehouse!
Hi everybody! It's Terri here. Hope everybody had a good January.
Now we should all be thrilled this month what happens in February? Girl Scout cookies!! Yahoo!!
Everybody loves at least one kind don't they? The only bad thing is, I recently heard some disturbing new about that: 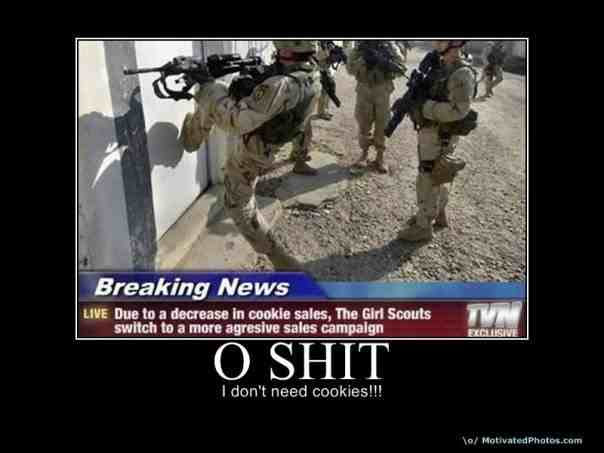 Sorry, couldn't help myself. I saw this on my nephew's Facebook page and just couldn't resist using it since it really is that time of the year.
We welcome you to freely share your wit and humor with us today. Let's have some fun and laughs!!
;)
So tell us your jokes, share a funny poem or Limerick, humorous story, pictures, cartoons, etc.
Anything to make us laugh is welcome within reason.
Here is an example of a limerick that I did last month: 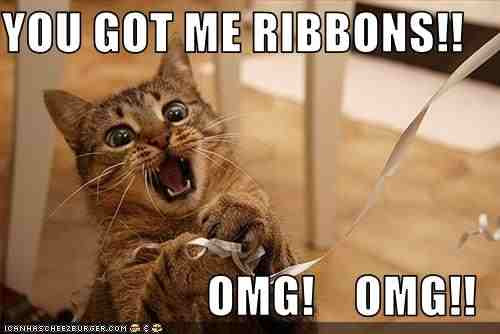 (image source: google.com/images)
Skitterdy, diderdy, dat
I am a pussy cat
I love me a ribbon
and that ain’t no fibbin’
’cause ribbons are “all that”!
Teresa Marie 1/17/12 ©
Okay, that should get you started! Have fun sharing with the community today and I will see you all next month.
Smiles!
Basic Instructions:
#1: post anything funny in your own blog.
#2: tag The Purple Treehouse or Funny Bunny Fridays post.
#3: share your entry with your peers by linking your entry to our collection via inlinkz below.
#4: click on names of your peers to read, laugh, and think...
Posted by Teresa Marie at 1:30 PM 11 comments: